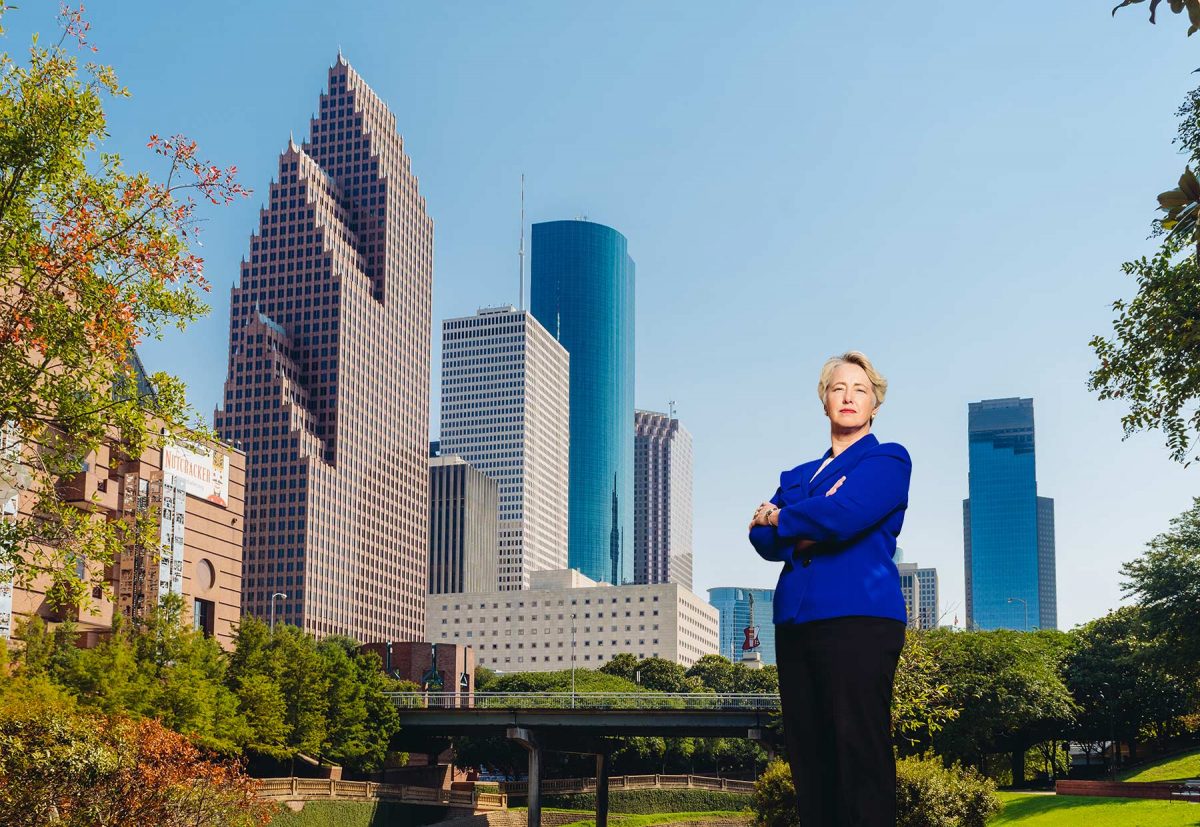 We recently did editorial headshots for Mayor Annise Parker for WestJet Magazine.  They wanted a photo of the Mayor where she looked bold across the Houston skyline.  We chose a nice area in downtown Houston that had a great skyline backdrop.  Once Mayor Parker’s security checked out the area we were clear to start shooting!  We only had a few minutes to shoot so we quickly began shooting, focusing on capturing Mayor Parker being bold and courageous while still being approachable.  Below is the shot that wound up being published in WestJet magazine.  I included a before and after to show you how we achieved the final shot. 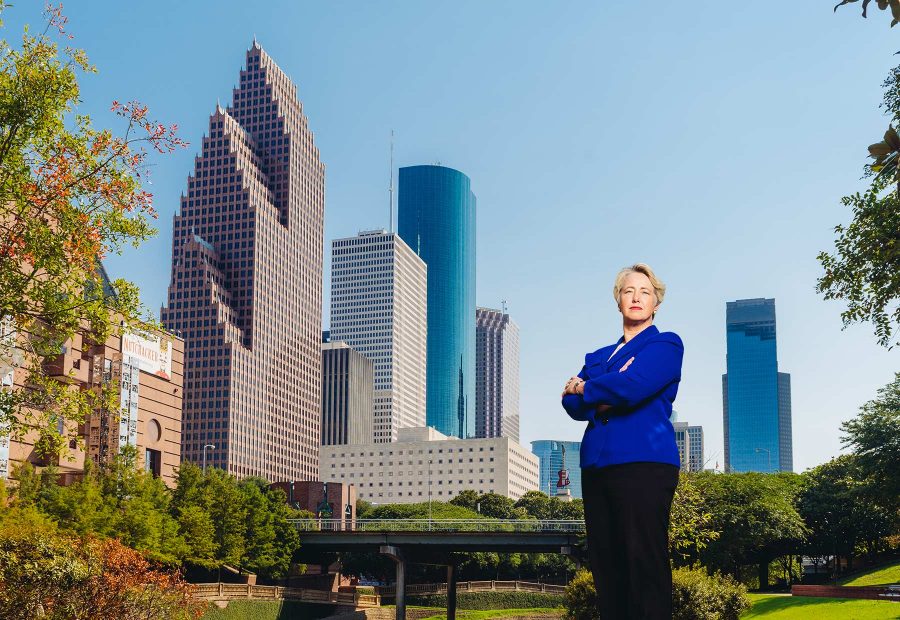